Season One Finale: An interview with our hosts and a look ahead to our upcoming season. 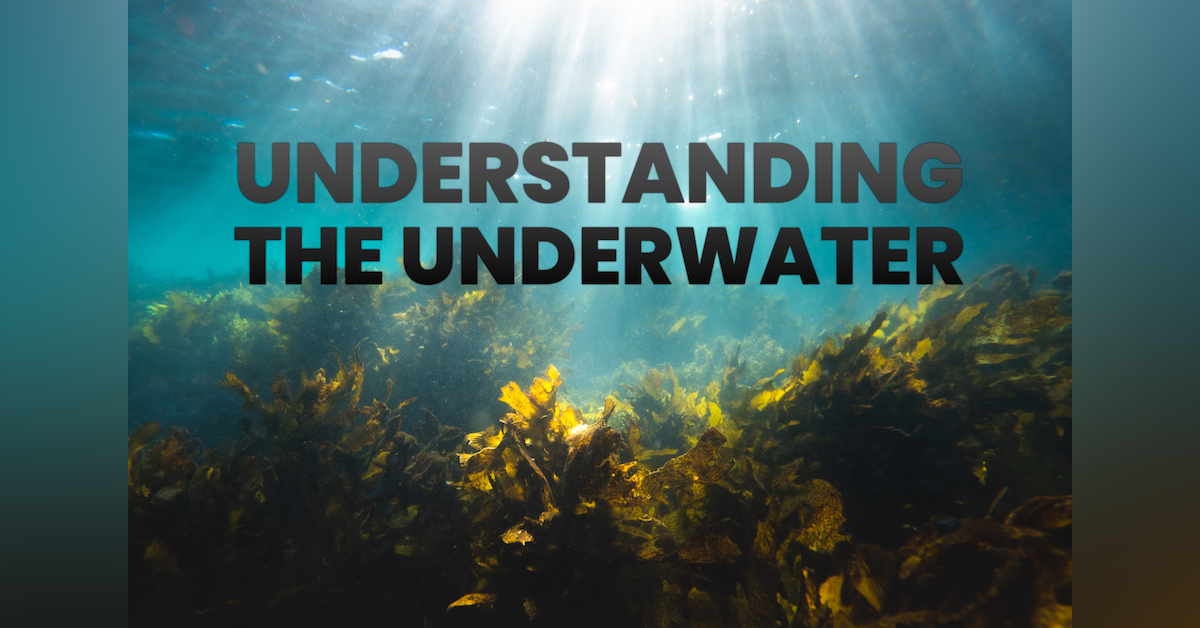 Season One Finale: An interview with our hosts and a look ahead to our upcoming season.

Hi and welcome to the big deep podcast. Big Deep is a podcast about people have a connection to the ocean, people for whom that connection is so strong, it defines some aspect of their life. Over the course of the series, we'll talk to all sorts of people. And in each episode we'll explore the deeper meaning of that connection. Welcome to the season one finale where we'll give you a preview of what to expect in upcoming seasons. Plus we turn the mic on ourselves so you'll learn a bit more about who we are. Hello, this Paul Kelway and I'm Jason Elias. Welcome to the big deep podcast .

Hi and welcome to the last episode for season one of big deep. For Paul, my cohost, and I, from the moment we had this idea all the way to actually putting it out in the world has been an incredible ride and we're already actively working on season two, reaching out to some of the most interesting and engaging ocean people we've met and whose stories we hope to tell. So we thought we'd share a bit about what you can expect over the next few seasons of big deep, about where we'll be taking the show, and the kind of people you might be hearing from. But before that we've also been asked multiple times who we are, why we decided to create the show. So we decided to share a bit about our story.

So Jason finally get to turn the microphone around on you. So can you tell us a bit about what your story is, what's your connection to the ocean and what motivated you to start big deep?

Well, thanks for asking Paul. I'm an advertising photographer by trade and one of my big clients is the discovery channel, so I've been fortunate enough to go around the world shooting ad campaigns for different discovery channel shows. I've been in Alaska with the Deadliest Catch fishermen , I've been in the Arctic circle with the Yukon Men and one of the super cool jobs I did was the ad campaign for Shark Week. So I went to Tahiti a couple of times with a celebrity to shoot some photos down there. But I've also been an avid scuba diver all my life and I'm a 20 year Buddhist. So one of the things I've really thought a lot about as I've gotten older and had a new baby was how can I be of the greatest benefit in this life? So when I was down in Tahiti, I kind of had this idea about telling stories of people who have a deep connection like I do, how it has changed them and how it has motivated them to get in the water and get involved. So that's where the idea from big deep originally came around. So when I told you about this idea, one of my closest friends, you liked it enough to actually help me get it started. And honestly this wouldn't have been the podcast It is without you. So this is really been a labor of love for both of us and it really meant a lot to me.

So I know you've asked a lot of other people this question, but what does the ocean mean to you?

It's funny, I've asked so many people that question in this podcast and yet I've never really sat down to think about it for myself. I think if I were to really say what the ocean means to me, I think there's a sense of wildness to it that I love. There's a sense of energy and constant motion. There's a sense of limitlessness, a sense of danger, a sense of calm, and I think maybe most importantly a sense of freedom. When other people have dreams where they're really confident, they are usually flying. That's what they tell you, I was flying in my dream. And when I have dreams, when I'm really confident or very happy, I'm always in the ocean. I'm always underwater . I'm always scuba diving. So I think for me the ocean means feeling more connected than any other time. Okay. Paul, now it's my chance to turn the Mike around on you. So we've been friends for a long time. Can you tell me a little bit about your story, who you are and what your personal connection to the ocean is?

Yes. I grew up by the coast in England and a place called Cornwall, which is in the Southwest of the UK, and if you live in England, Cornwall is about as close as it gets to California. I grew up surfing and basically spent as much time in and around the sea as I possibly could and for most of my career I've also worked in Marine wildlife rescue, mostly connected to oil spill response. And essentially I've been involved in emergency relief efforts all over the world to save seabirds and other Marine species such as turtles and Marine mammals. So basically that love for the sea as a boy has led me to a life of doing what I can to protect the ocean and its wildlife.

All right, well let's move on to the podcast. What are some of the most interesting experiences from the journey of this podcast? Is there something you've learned from this that has meaning for you?

I'm mostly a surfer. So while I have dived, I would say I learned so much speaking with scuba divers and free divers who have had some of the most amazing experiences in the ocean. And as someone who practices meditation, I was also really drawn into the way that many people we spoke to talk about their connection to diving, especially free diving as almost a spiritual experience. And so people like Michael Adams, Hanli Prinsloo. Yeah. Just realizing how it serves really as this sort of vehicle of connecting in a profound way to our environment, to the oceans. That essentially we're much more of a part of them than perhaps in our day to day worlds we realize. And that was a huge takeaway for me from these interviews and something I hope to hold and continue exploring going forward.

Well, that's pretty profound. If you had to say there was one thing that you took from this, what do you think that would be?

So speaking to people like Hanli Prinsloo about her experiences freediving and Shane Gero about his incredible work with sperm whales, I've been reminded of how wanting to care and protect the ocean really comes out of a love and appreciation for it and for the diversity of Marine life that it holds. So to me it's reminded me to always try and maintain that direct connection to the water. Make an effort to spend time in it, learn about it, really put my mask on and dive in. So I think from there an inspiration comes to want to support its health and sustainability. So I want to keep doing that and doing all I can to protect the ocean.

So that's us who we are and why we're doing this. But what are we working on for upcoming seasons of Big Deep? Well, we have all sorts of interesting people who we'll be talking to from world record holding free divers to Marine forensics experts who examined bodies underwater for signs of foul play.

We'll be speaking with national geographic underwater photographers, cave diving experts who've written bestselling books about their experiences. World champion surface with dedicated their lives to being in the water.

We'll talk to Marine scientists at the forefront of the fight to rescue our Marine habitats, underwater videographers who worked on set shows as Blue Planet 2, and even a world renowned director whose passion for the ocean has shaped his films. In essence, we'll be talking with people like us, people whose lives and passions have been profoundly shaped by our world's oceans.

But we're also looking for new people to speak to. And so if you know of someone whose story should be told, reach out to us at our website, bigdeep.com.

So that's a wrap on season one. If you like what we're doing and you know someone else who you think might connect with our podcast, let them know. Plus, it would mean a lot to us if you w ould like s ubscribing, comment in iTunes or Spotify or wherever you catch your podcasts. But those likes and comments really make a difference. Thanks so much for joining us. And we'll see you in season two of Big Deep . 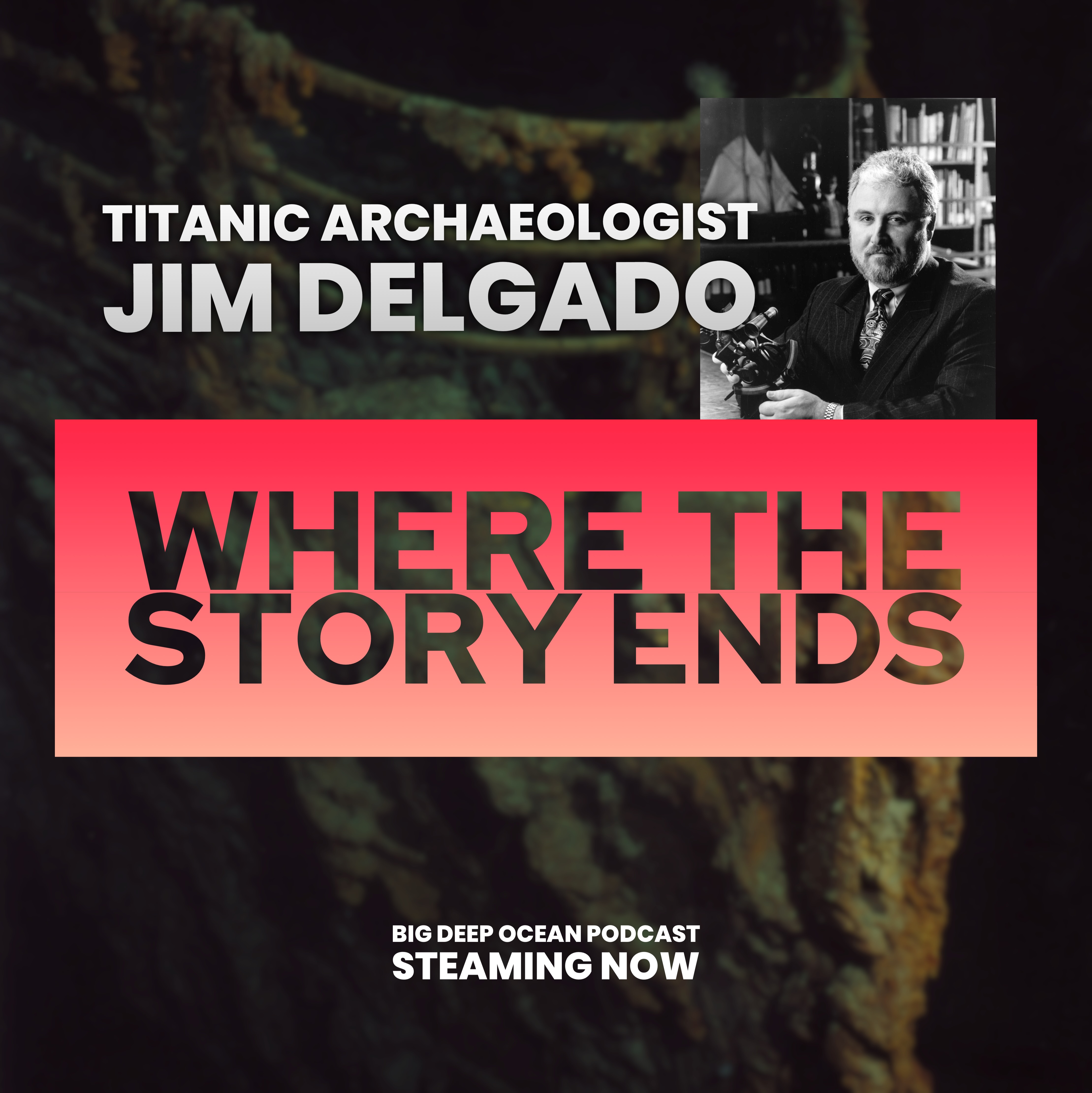 In today's episode, I speak with maritime archeologist , historian , author , television host , and explorer Jim Delgado. Jim's work has taken him around the globe, and he has known is one of the world's foremost experts in … 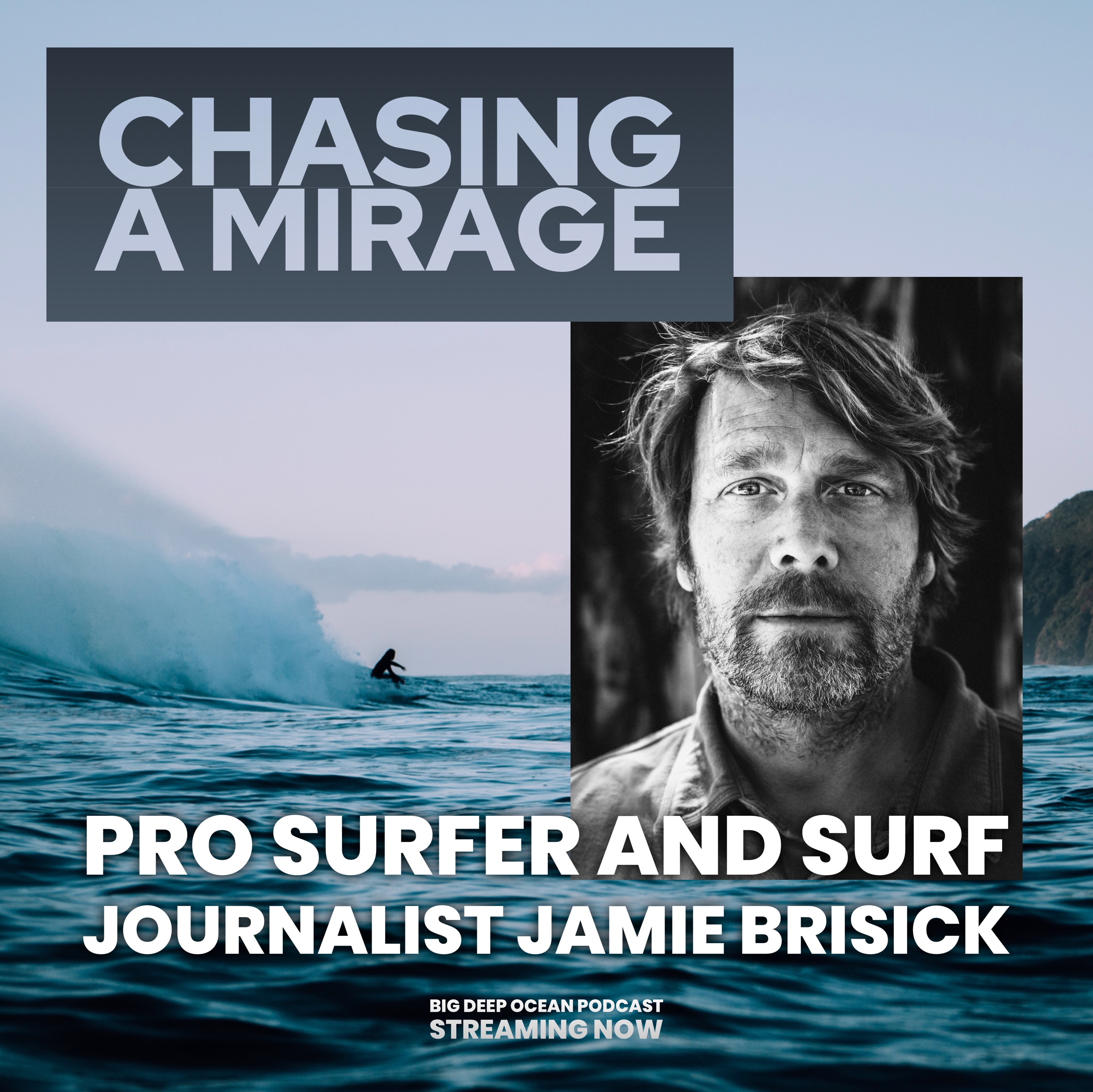 In today's episode, I speak with former pro surfer , surf journalist , and Fullbright scholar Jamie Brisick. I originally met Jamie as he grew up in Southern California with a close friend of mine, who thought he might be … 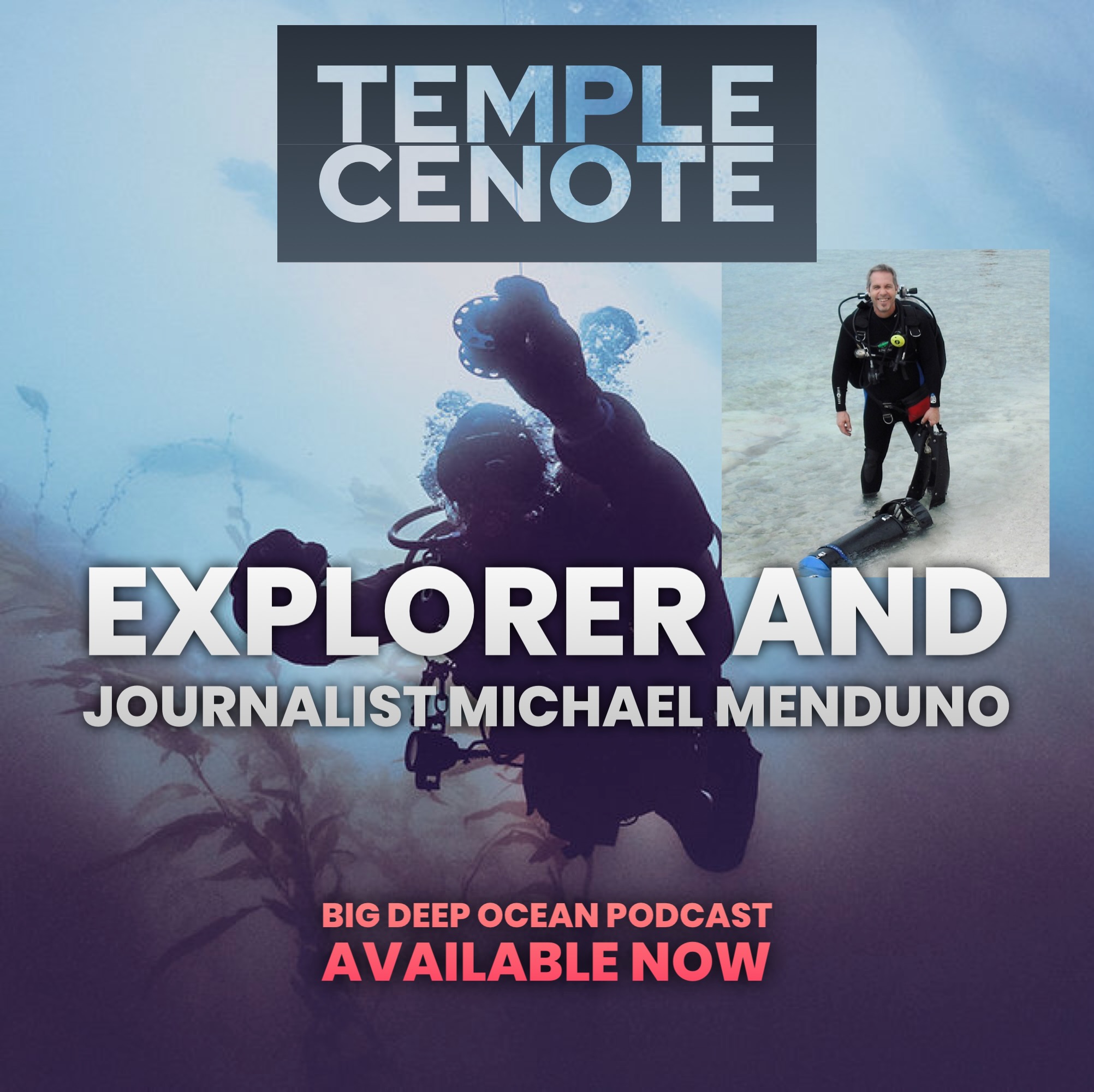 Today I speak with Michael Menduno , one of the most accomplished ocean technology and dive reporters for the past 30 years. Michael’s work is everywhere. He is editor-in-chief of Global Underwater Explorers InDepth magazine,... 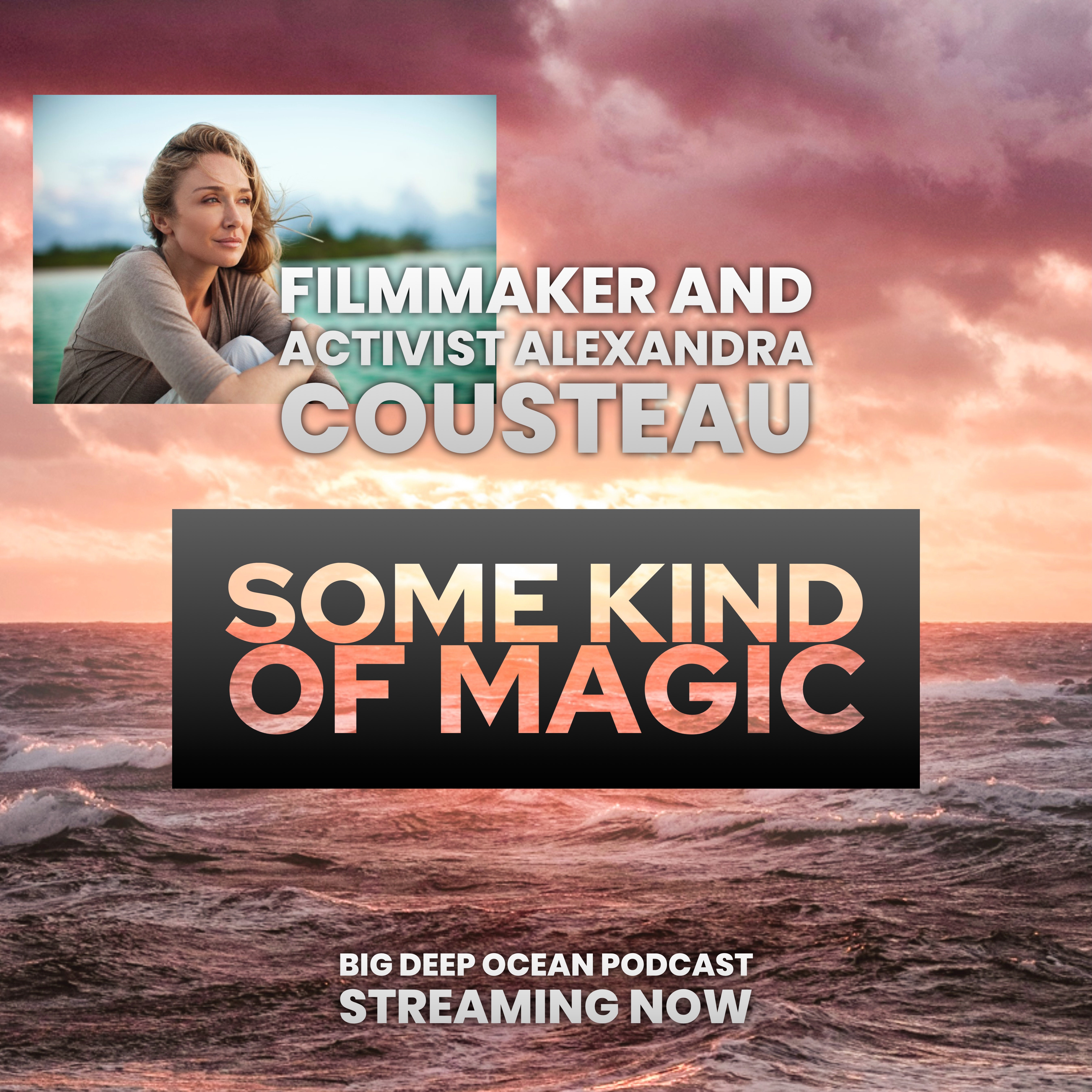 In this episode, I speak with journalist, filmmaker, and ocean activist Alexandra Cousteau . Alexandra has a long legacy of working to protect our world's oceans and is the founder of Oceans 2050 . She is also on the board … 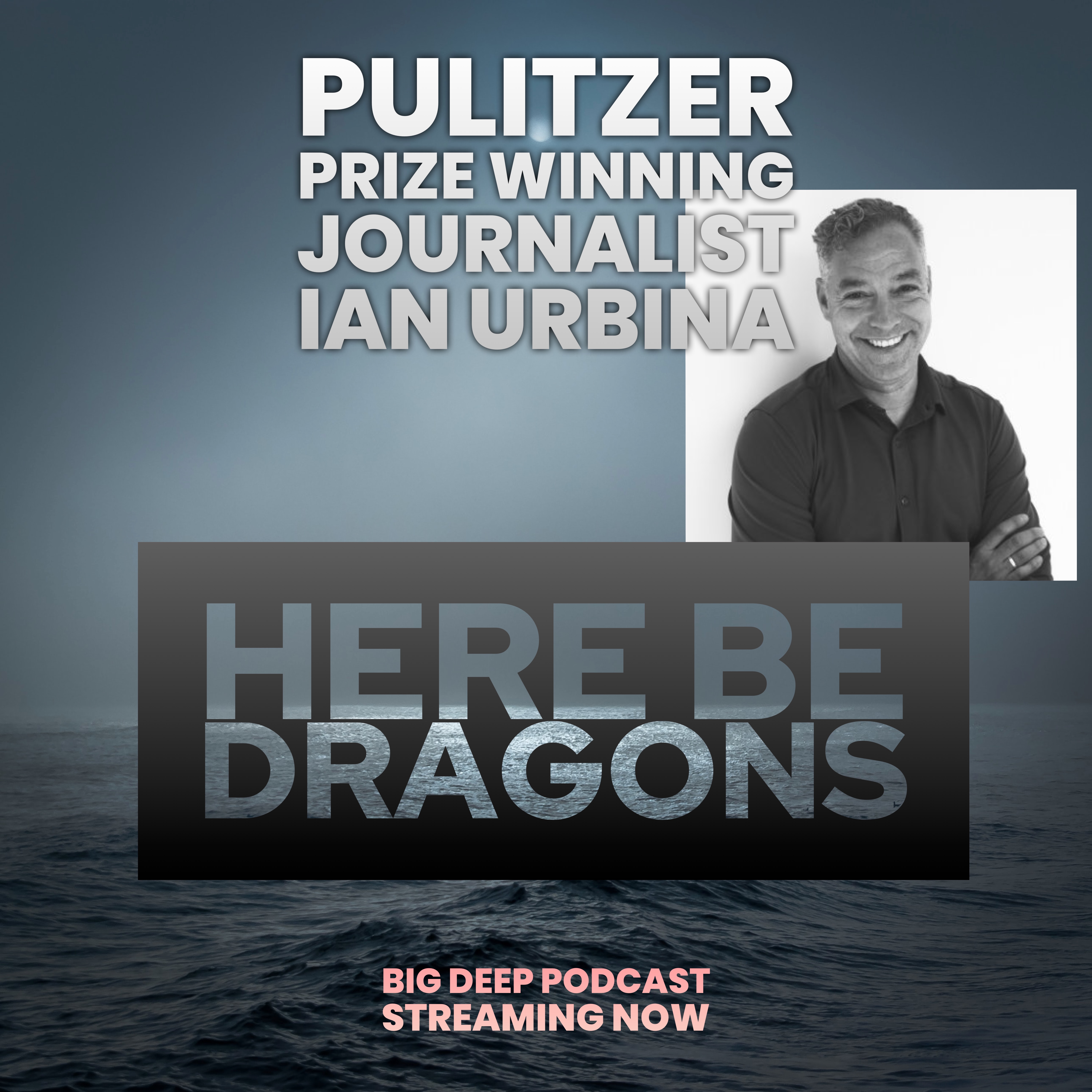 In today's episode, I speak with New York Times Pulitzer Prize-winning journalist Ian Urbina . Ian’s investigate journalism about the intersection of the human species and the lawless frontier of the open ocean, most often ap... 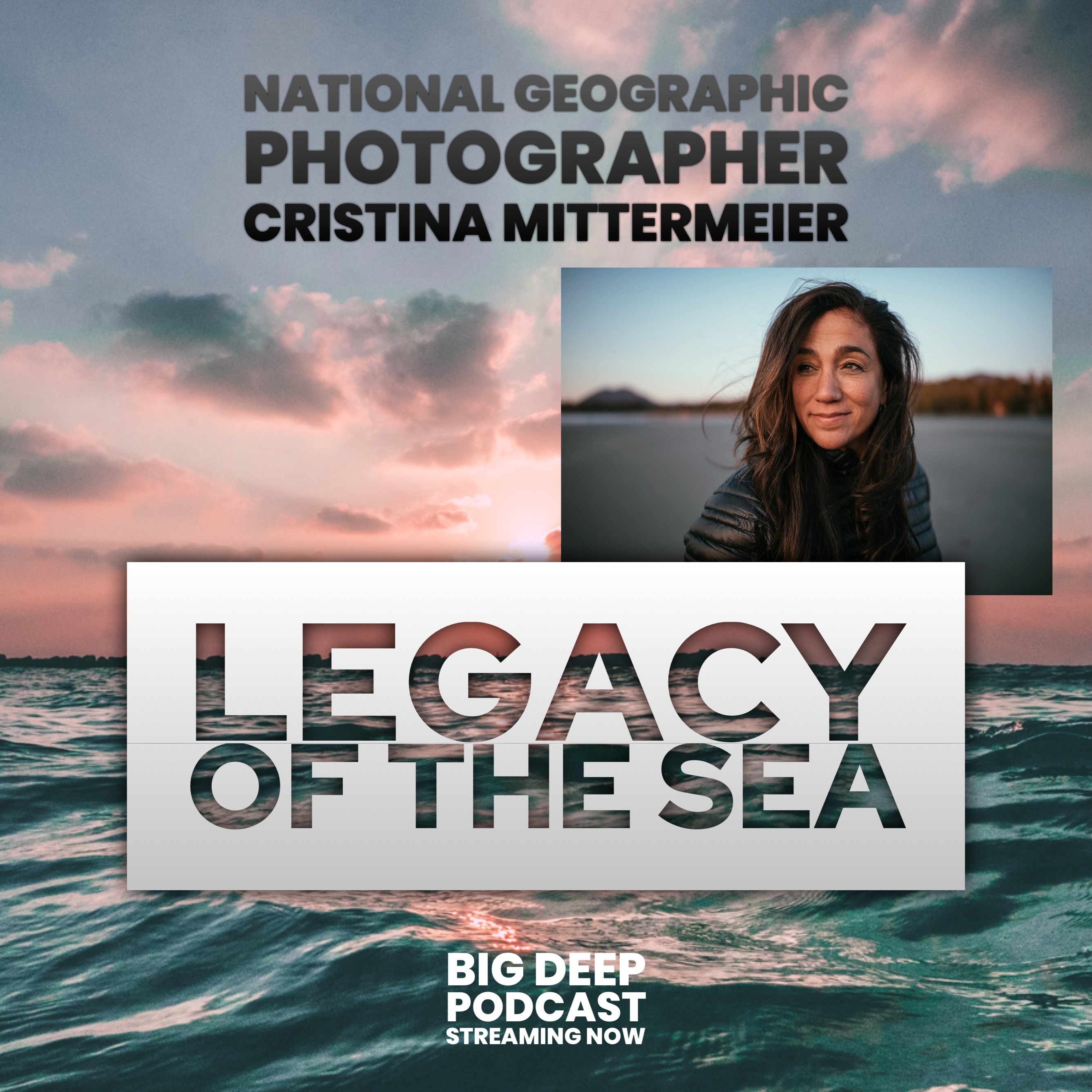 In today's episode, I speak with National Geographic Photographer and marine scientist, Cristina Mittermeier . Cristina started her career as a marine biologist but quickly discovered a passion for photography, which in many ... 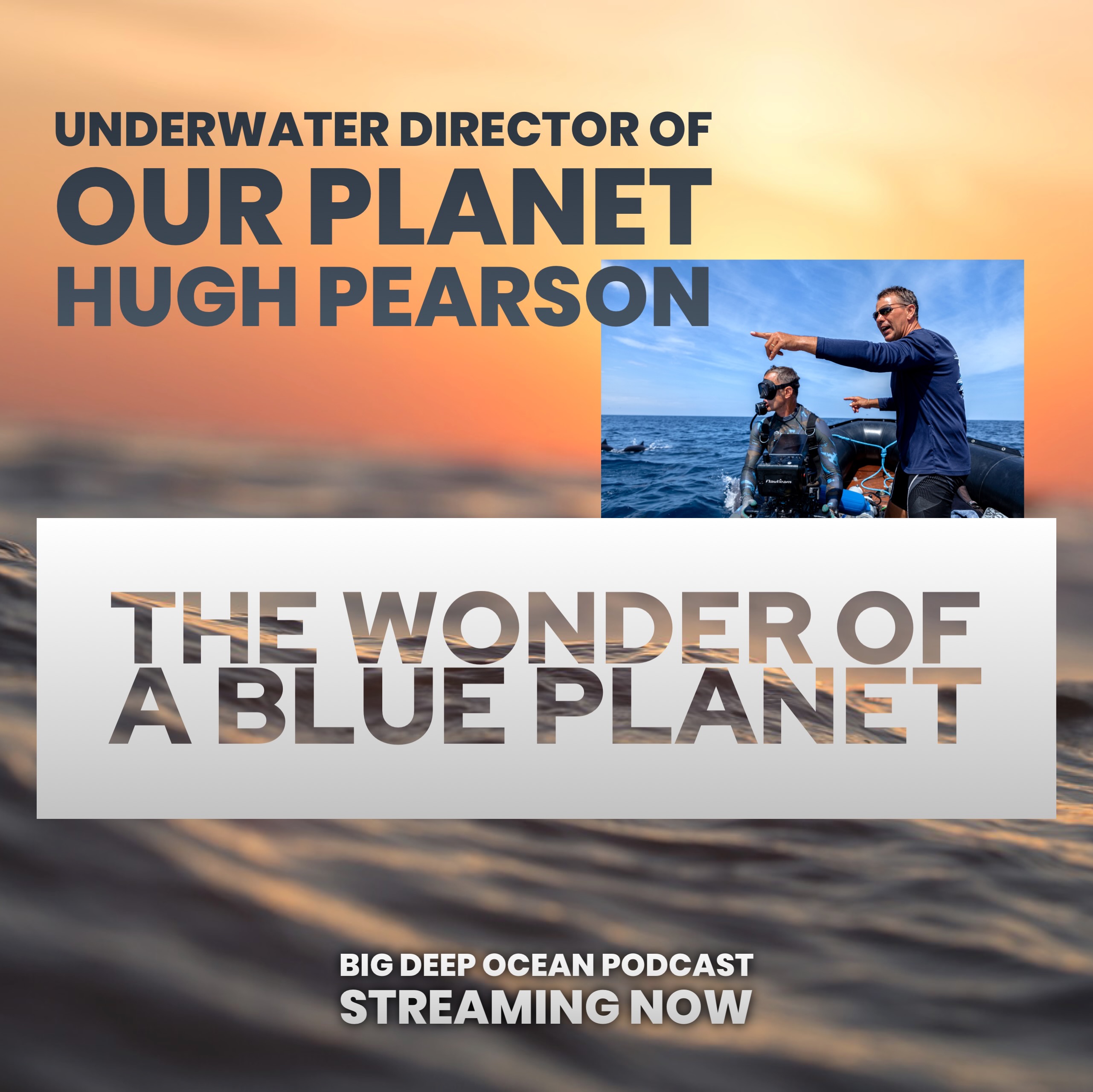 In this episode, I speak with Hugh Pearson , the underwater filmmaker behind some of the most iconic ocean sequences ever captured, and director of portions of " Blue Planet ," and more recently, both underwater episodes for ... 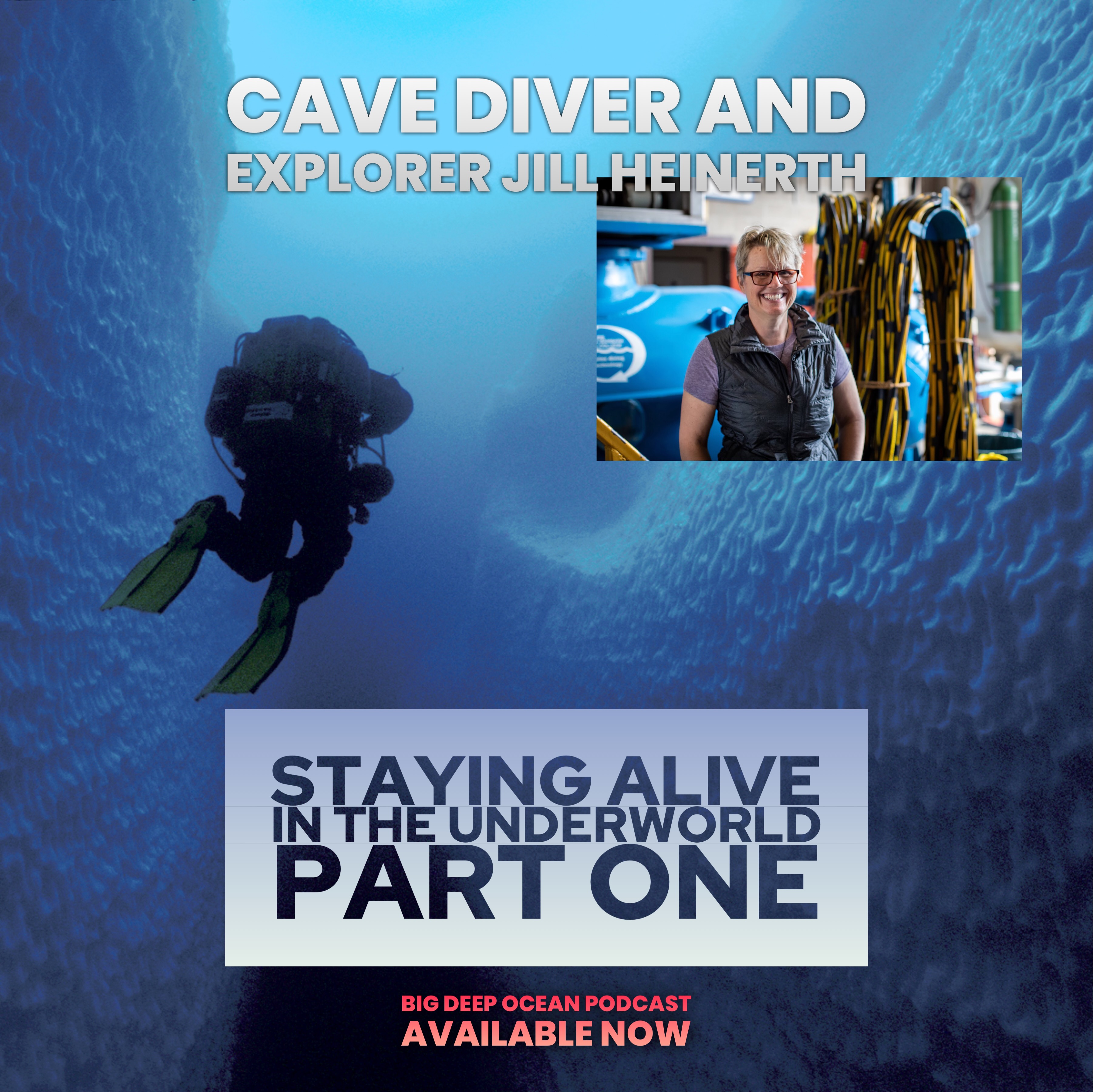 In this episode part one of my conversation with Jill Heinerth , cave diver, underwater photographer, and Explorer-in-Residence for the Royal Canadian Geographic Society . I first met Jill at a dive industry convention, where... 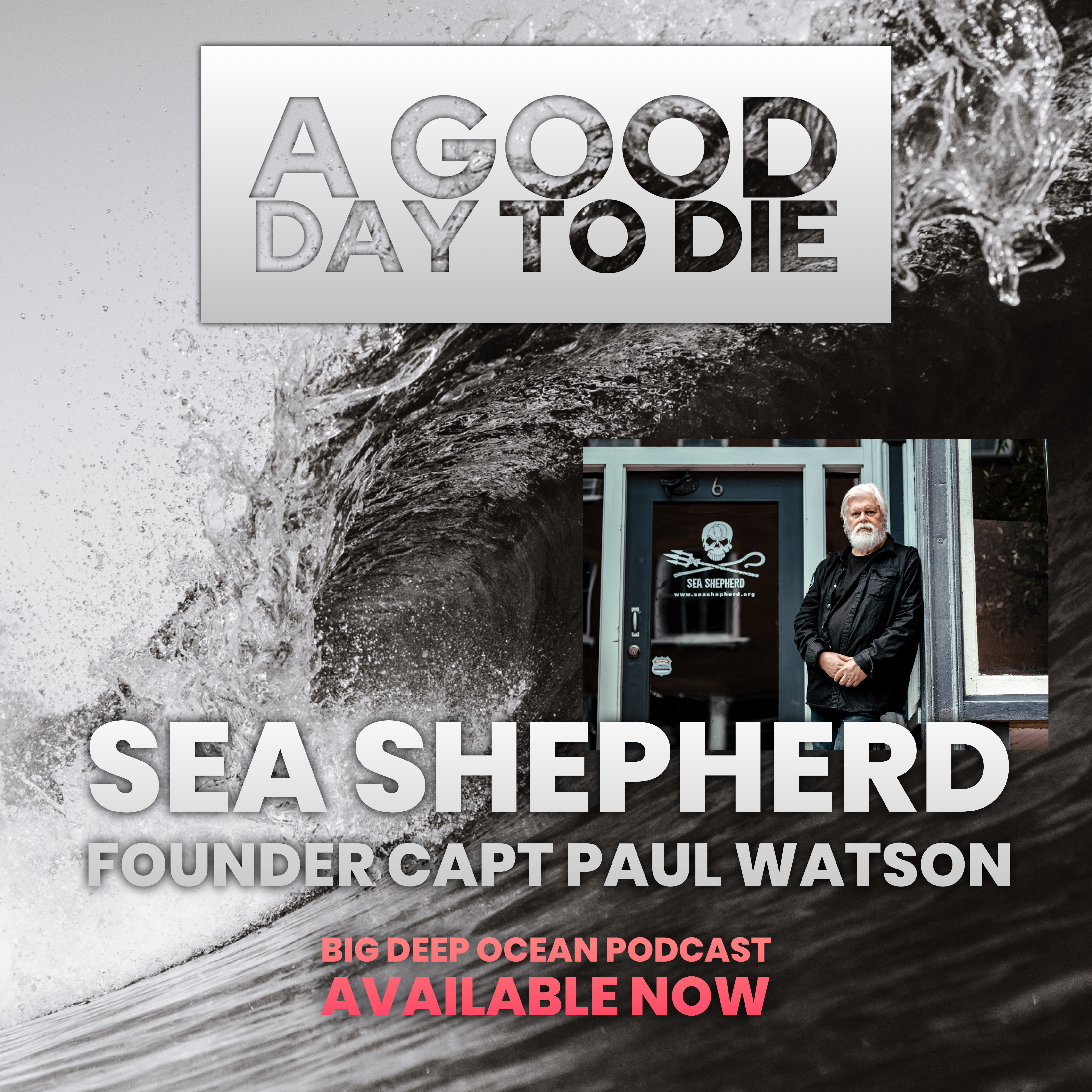 In this episode, my conversation with Captain Paul Watson, founder of Sea Shepherd , the environmental organization known for interventions with whaling ships around the world. Paul has been at the forefront of the ocean envi... 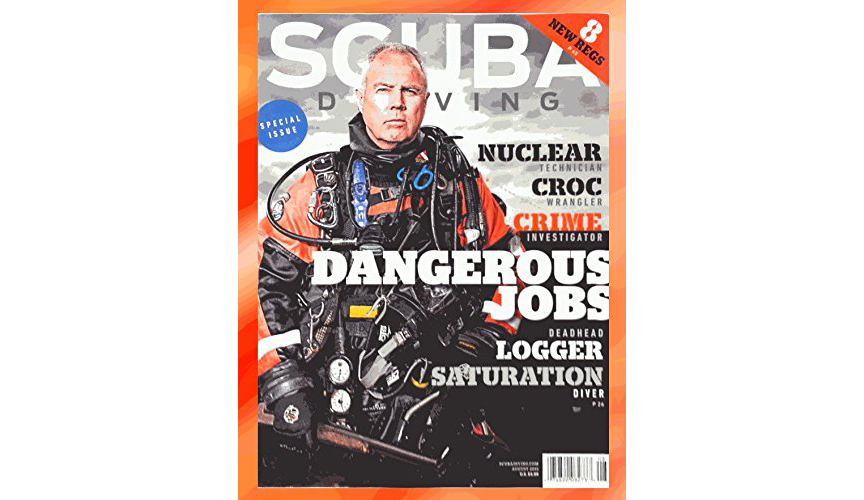 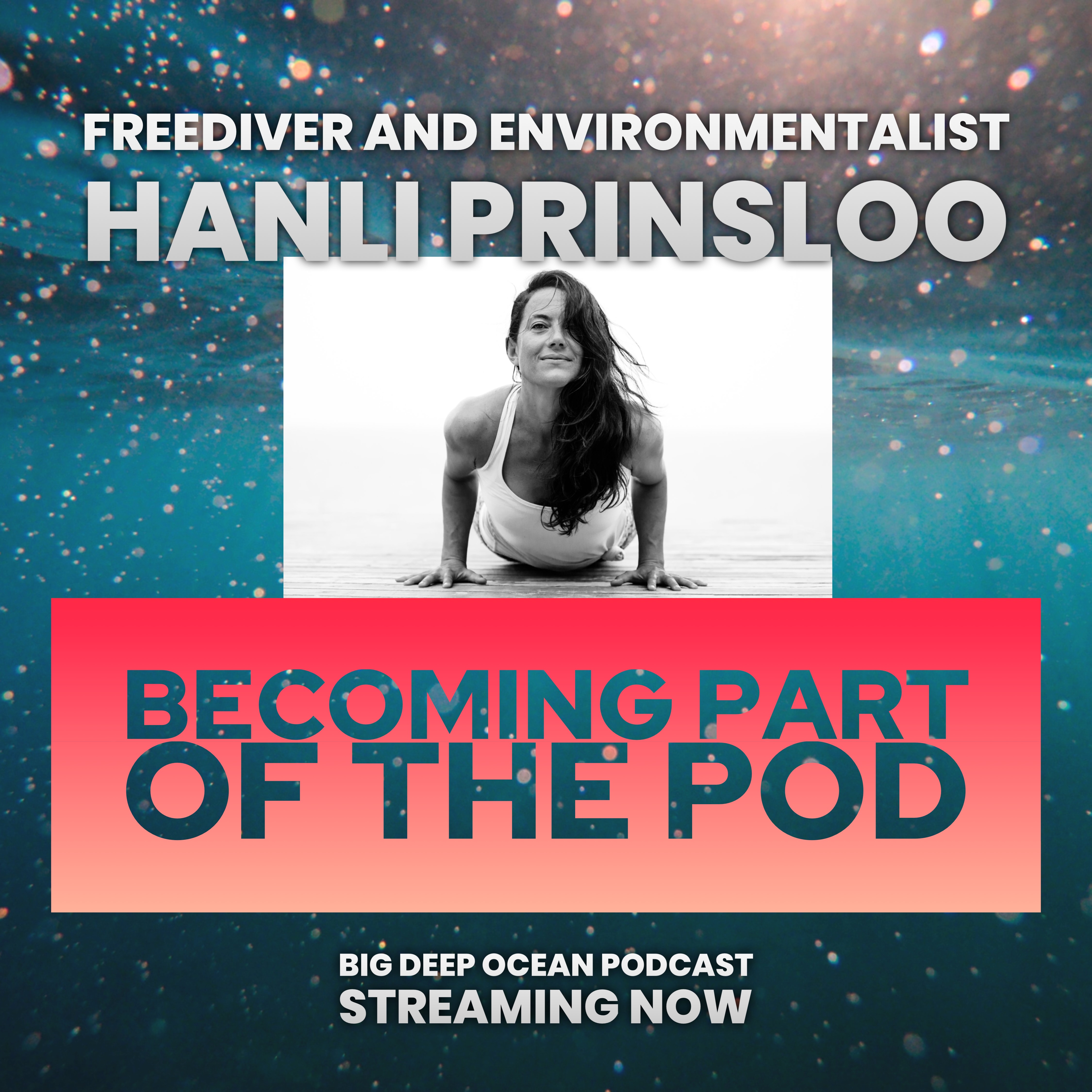 Freediving record holder Hanli Prinsloo and how diving on one breath has allowed her to connect with marine wildlife and inspired her to dedicate her life to protecting what she loves through her I AM WATER Foundation. 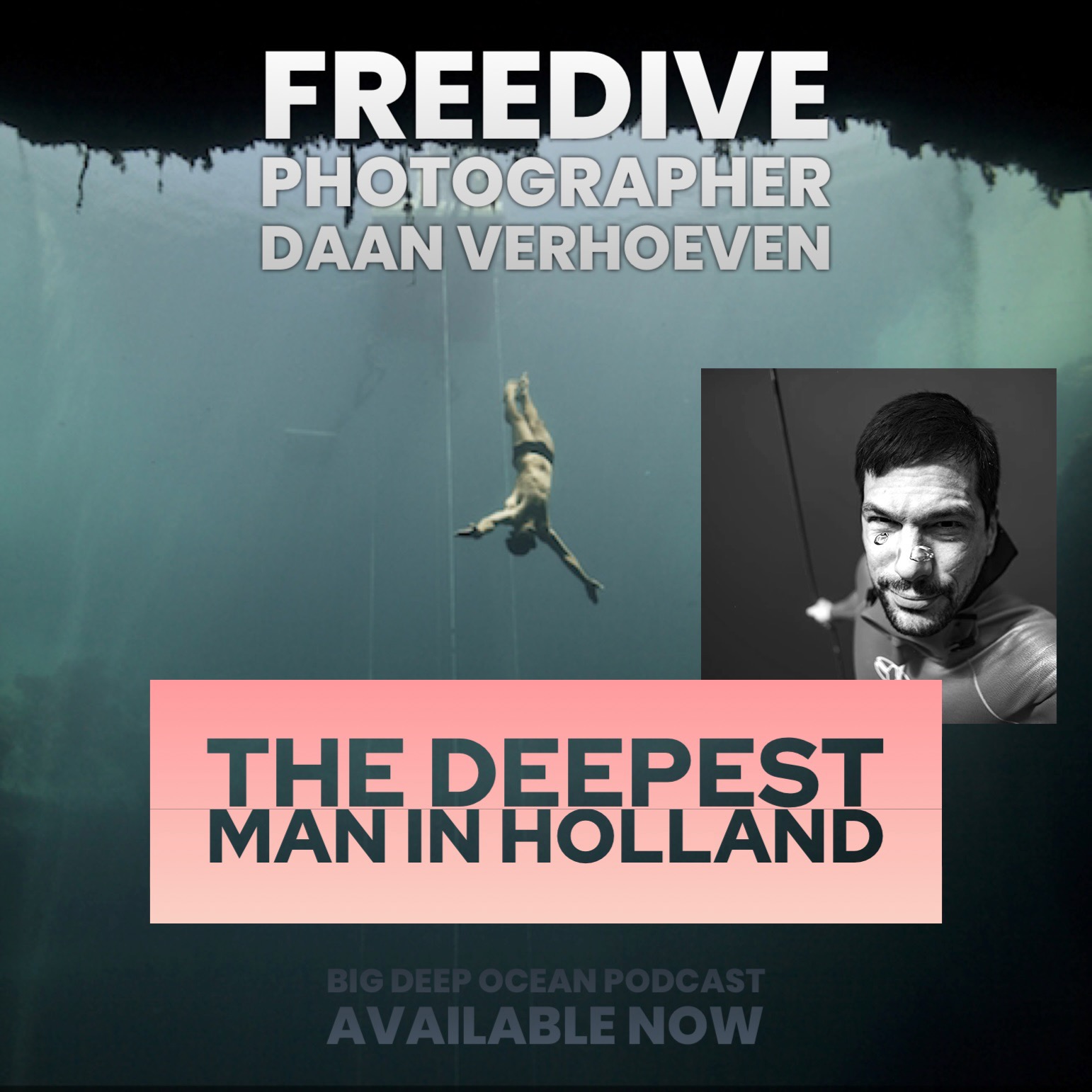 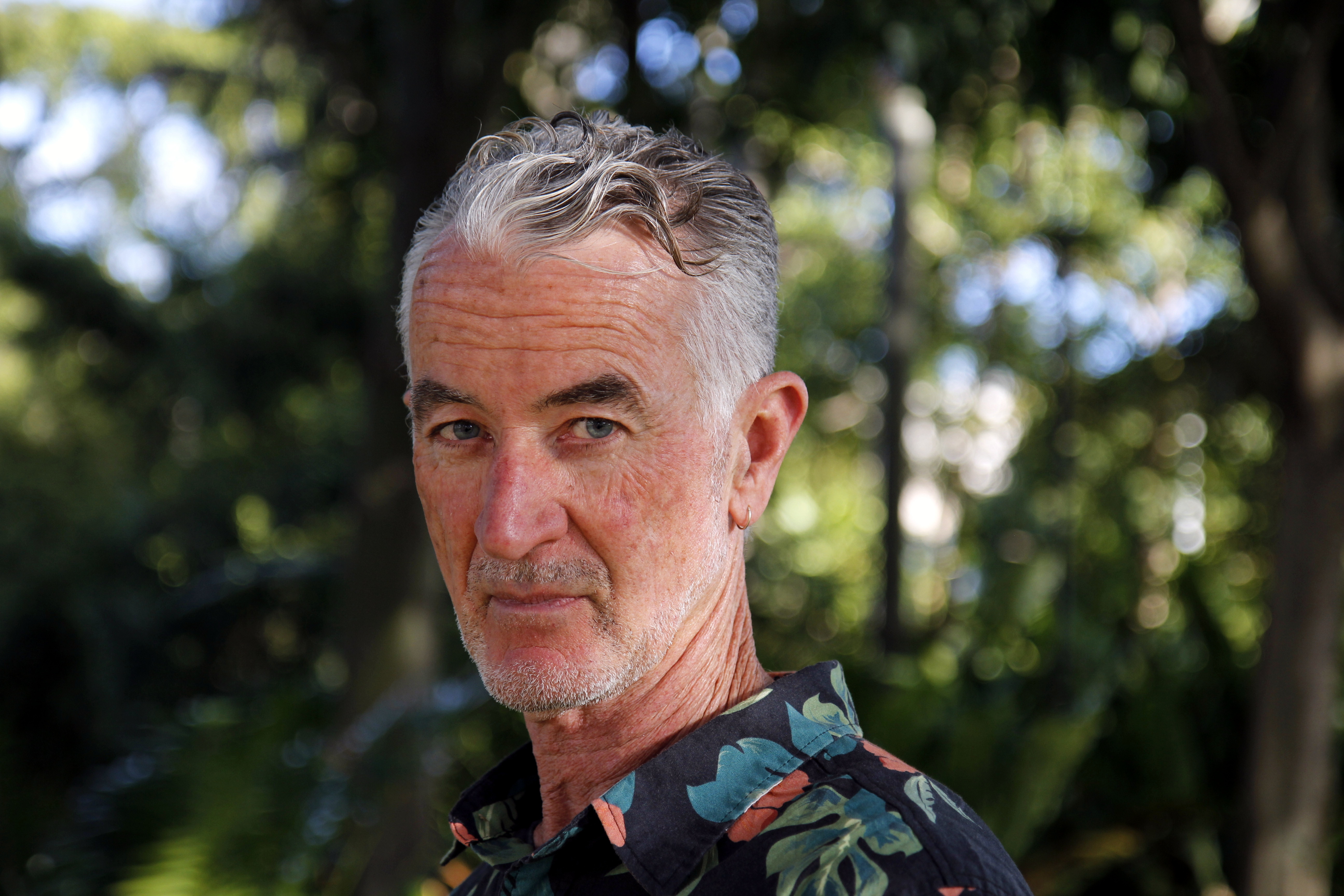